Specialization of labor is the division of special tasks and roles. They are divided, so everyone has a different job to do. In most Ancient American civilizations, specialization of labor was important to help keep the civilization running. Division of labor were in all civilizations. The men farmed and the women prepared food, and did many other things.
-Olmecs: The Olmecs had  priests, which were high ranked, and they did the ceremonies and rituals for the Olmecs. And the Olmecs  had artisans who made large clay objects which were nearly nine feet high and weighed 40 tons each. They made them for various reasons. The men harvested maize and other plants, and the women made the food, so other can eat.

-Zapotecs: In each Zapotee region, men and women engage in different activities, Generally, men farm, and women prepare food, perform domestic chores, and participate in commercial activities. Selling is an activity to isthmus men, and in other areas both men and women produce and sell goods. Most Zapotec men farmed. They grew corn, beans, squash, chili peppers, and a variety of other produce, and reaised rabbits, turkeys, dogs, and honeybees for food. The Zapotecs traded many things. The Zapotec economy also did  the production and exchange of goods. Different households specialized in making certain kinds of crafts, including pottery,
cloth, and stone tools they traded.

-Mayans: The Mayas mostly depended on agriculture for the economy and growth. The Maya people depended mostly on trading  their produce with other Maya communities neighboring. The  Maya women worked hard to keep their household clean and also worked along with their husbands in the plantations. The Mayans also had artisans who made many items. They also had traders who traded things. Mayan artisans and traders were appreciated for their economic value.
Sources:
http://oldweb.geog.berkeley.edu/ProjectsResources/MayanAtlas/MayaAtlas/economics.htm
http://www.fcschools.net/esl/lessons/mexicounit/history.html
http://expeditions.fieldmuseum.org/zapotec-archaeology/meet-zapotec 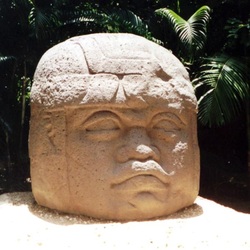 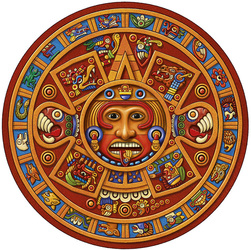